We are thrilled to welcome the spectacular cast of Celebrate Vegas showcasing the best of Las Vegas. Watch as four artists who have had the greatest impact on the entertainment capital of the world over the last 60 years captivate the audience. This line-up will include tributes to the stars of the original residencies in Las Vegas, the Chairman of the Board, Frank Sinatra, and the King of Rock ‘n Roll, Elvis Presley, portrayed by the incomparable Brian Duprey and Leo Days respectively. The Goddess of Pop, Cher, performed by the remarkable Lisa McClowry will make you “Believe,” while the electrifying Erika Moul will pay homage to Lady Gaga, the hottest ticket on the strip in recent years.

Tickets are currently on sale and can be purchased online or by calling 251-369-6100. Group discounts for 10 or more are also available.

Note: Performers are subject to change without notice.

Performers are subject to change without notice.

A little more about Legends in Concert…

Legends in Concert is the longest-running show in Las Vegas history. The internationally acclaimed and award-winning production is the pioneer of live tribute shows and possesses the greatest collection of live tribute artists in the world.

The show has been presented in sixteen countries, on five continents to over 30 million fans worldwide.  In addition, the show and its principal cast members have been seen by over 200 million people on major networks like ABC, NBC, FOX, BBC, MTV, VH1, and many other cable networks and syndicated programs. 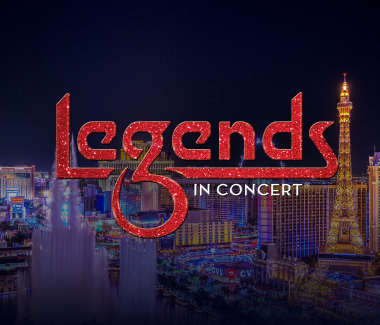